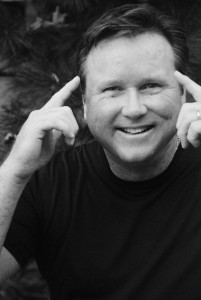 Clay Staires has been a leading authority on processing the frustrations and difficulties that accompany leadership. Having worked with thousands of people for over 25 years, Clay has developed a uniquely effective leadership-training program that has been taught on university campuses, in high school classrooms, small businesses and in non profit boardrooms. Locally, the Skiatook Chamber of Commerce named him the “2012 Citizen of the Year” for the positive impact his program has made on his community.

Clay has been a high school teacher and head coach for 15 years. He received honors as the Teacher Of The Year and Coach Of The Year in Missouri. Clay has 10 years of executive experience in the non-profit sector where he led an award winning company and redefined a 30-year-old brand.

In January 2012, Clay started The Leadership Initiative that utilizes his programs and abilities to train and equip growing leaders as well as communicate and speak across the country about The Leadership Mindset, Enduring Pressure and Navigating Transition. Today Clay speaks nationally in front of a variety of audiences including small business owners, entrepreneurs, state legislators, government employees, chambers of commerce, college and high school students and many more.

Expert Training and Presentations In –

Why is Leadership important to small businesses?

Research continues to show that the biggest expense in business today is employee turnover. A Gallup poll of more 1 million employed U.S. workers concluded that the No. 1 reason people quit their jobs is a bad boss or immediate supervisor. According to a Pew Research Center study, 42% of managers report being unable to motivate their workforce to get their work done properly. Nine out of ten dissatisfied customers will not do business again with the source of their annoyance, while 80 per cent will vent their anger to at least ten people and 20 per cent sound off to at least 20 others!

However year after year, QuikTrip, Southwest Airlines, Zappos, and Chik-Fil-A receive praise for offering some of America’s “Best Places To Work” while simultaneously receiving recognition for being the most loved businesses by their customers and they most profitable companies in their industries. Is it the glamorous jobs they offer employees who are seeking a job as the gas station attendant, air travel, shoe sales and chicken restaurant businesses that gets their employees excited and wows their customers? Is it they pay they offer? Or is it the principles by which they manage and train their teams?

The research is irrefutable, great companies offer great training programs. Companies that struggle make it up as they go. During today’s seminar, Clay Staires will teach some of the proven, “best practice” training techniques that have the opportunity to change the way we do business in a powerful way. Clay’s techniques have resulted in 87% employee retention for five straight years, in the midst of reducing wages!

What People Are Saying About Clay Staires –

“Clay Staires system has immensely helped our team to meet our sales and growth goals. Previous to bringing in Eric (the guy that Clay trained), we had cycled through 4 new employees in an attempt to find and train a competent person who could effectively do that job. After bringing in an employee who had been trained on Clay’s system, we were able to keep the employee for over 5 years, and we grew our overall level of gross sales by nearly $300,00 per year. Clay’s system delivers.” – Clay Clark – U.S. SBA Entrepreneur of the Year – Founder of DJ Connection Tulsa

“Clay’s curriculum of Servant Leadership is a gateway to a stimulating work environment, a jubilant marriage, and an energized perspective on all of life’s twists and turns. In a world that craves independence, he teaches freedom.” Chris Goodchild, Environmental Services Supervisor, The Children’s Center

“I’ve not only known Clay for years, but I’ve been able to watch him build his leadership curriculum throughout the years as well and I truly believe it’s one of the better youth leadership programs around. We all want the next generation to be more successful and fruitful than the one before it; and my hope is that leadership programs such as “The Forge” will be supported–because in my opinion–our country will be worse off without them.” Matt Pinnell, Chairman, Oklahoma State Republican Party Chairman

“Clay Staires is the type of leader the world is looking for in its current season. His strength of character is augmented by humor, warmth, and the unyielding belief that everyone has within them the capacity to lead and better themselves. He does not fall into the trap of compassion without action, but is actively creating a road map for success for any individual, at any level.” Elliott Yinger, Chesapeake Oil /Entrepreneur

“Clay, was the best speaker we’ve had in a long time! (He) had so much energy. (His) information was very helpful – I wish I had about 6 of our employees there to hear it. I have heard wonderful things from our partners. An exact quote from a long-time partner: ‘Best speaker ever!’” Krystal Crockett, Bixby Chamber Of Commerce, President/CEO